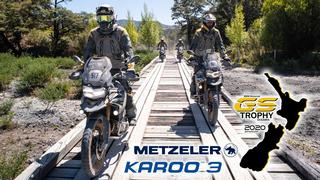 Since its debut in 2008, BMW Motorrad has relied exclusively on METZELER to equip the GS Trophy bikes, an event highly anticipated by enthusiasts from all over the world.

METZELER has once again been chosen as the sole tyre supplier for the legendary BMW Motorrad International GS Trophy, the raid organised every two years by the Bavarian company to have their customers test the off-road skills of their bikes who have shown excellent riding skills by exceeding the selections provided. Since its first edition in Tunisia in 2008, METZELER has been the only tyre brand alongside BMW Motorrad as a technical partner to equip the motorcycles that are the protagonists of the coveted amateur trophy.